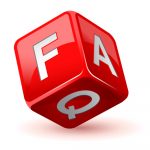 With a Municipal Lease… The equipment is sold directly to the government entity (not a financial institution).  This means you own everything.  Vehicles will be registered to and titled in your city’s name and remain in the city’s name after the lease.  Also, our municipal leases are based on very low tax-exempt municipal interest rates, which are the lowest cost type of non-debt borrowing available to government entities like yours.

With a Commercial Vehicle or Equipment lease…The equipment is sold to a financial institution (who doesn’t have access to government contract pricing,  or tax-exempt interest rates).   Commercial leases are based on significantly higher interest rates.  Most commercial leases are effectively structured as rental agreements with either residual buyouts, nominal or fair-market-value purchase options on the back end.

Another critical difference is that commercial leases are “firm term” obligations that do not include the non-appropriation of funds language that is required in almost all jurisdictions.  And they create debt.

We’ve Got You Covered!

Do you have questions about
the differences between commercial and municipal leasing?
Call Now 800-541-0114  x-22
(Using your phone? Click to call! Press ext. 22 for Government & Municipal)

* Note:  We retain a security interest during the term of the lease.  (Except in FL & TN)